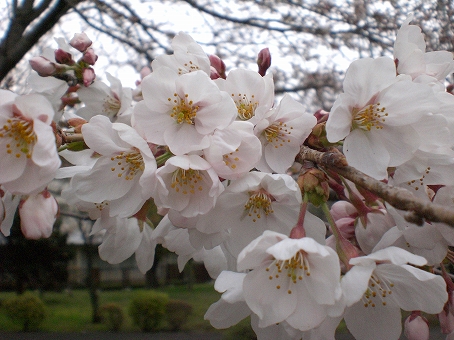 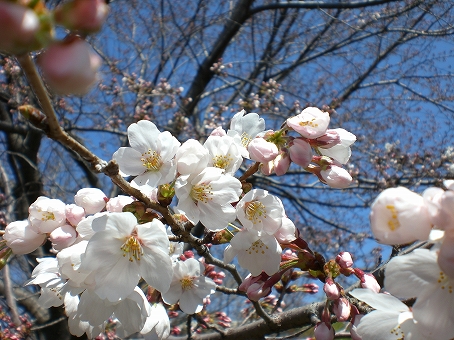 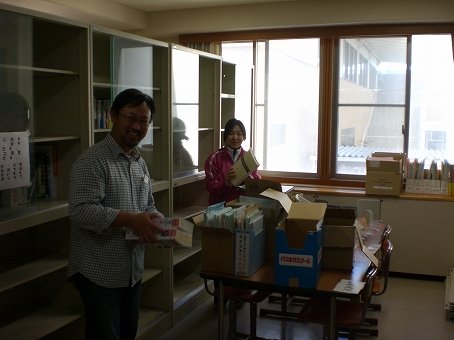 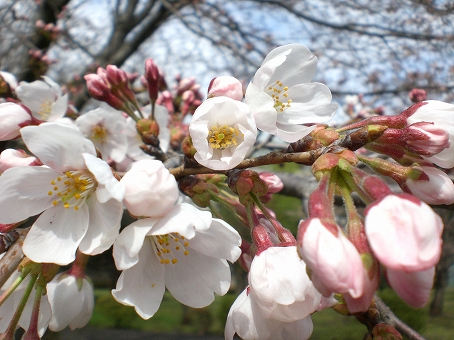 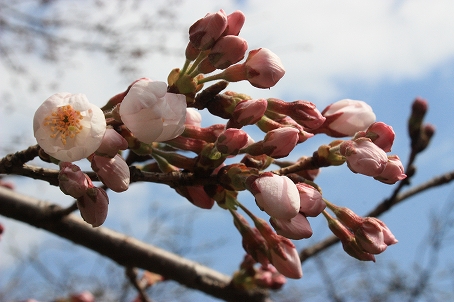 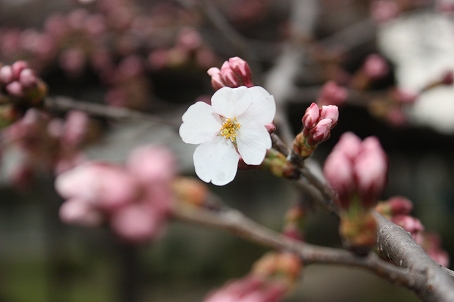 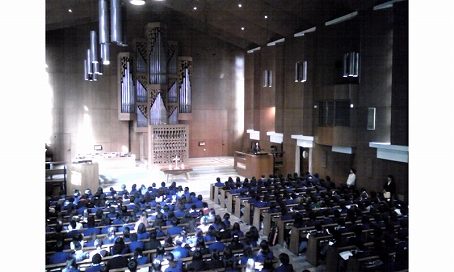 ラストメッセージ。
"You can't discover new oceans unless you have the courage to lose sight of the shore."
飽くなき挑戦を！ 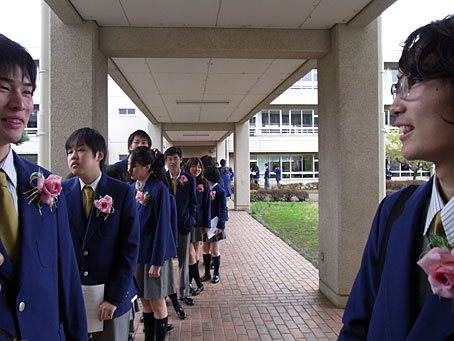 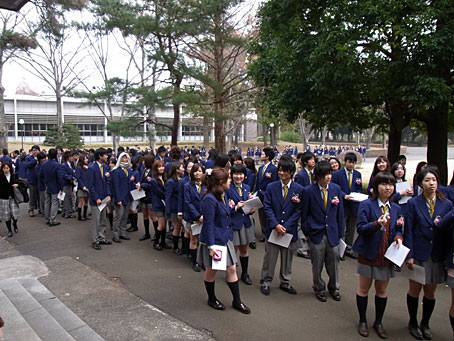 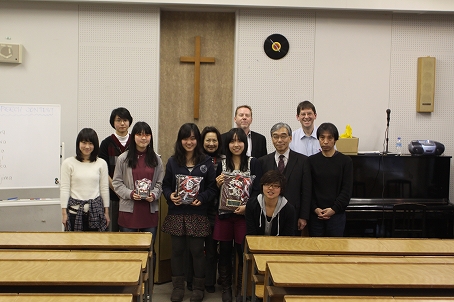 On Thursday 4th February 2010, an audience of about 40 students and 10 teachers gathered in the Lecture Room to watch 7 students compete in the Grand Final of the Third ICUHS Level 4 English Speech Contest.

Originally 18 students applied to enter the contest. This number became 13 by the time of the Qualifying Round. The Qualifying Round involved each student giving the first minute of his/her speech in front of a video camera. Three judges (to ensure impartiality, these were teachers who do NOT teach Level 4 classes) carefully screened the students' writing and their performance on videotape, and in this way the 7 finalists were chosen. The Grand Final began just after 3:30 p.m. and ended just before 5:00 p.m. The speeches each lasted about five minutes, with a minute's pause after each one to allow the judges to make their notes.

After the last speech, the judges retired to a separate room to make their decision. While the judges were out, the audience were entertained by two short animation videos of "Shawn the Sheep" by the makers of "Wallace & Gromit". These videos had been carefully chosen by the speech contest organizer, Mr. Round, as their theme is technology, which neatly matched the topic of the Speech Contest, "Does technology make our lives better?"

Ironically, technology was not making Mr. Round's life any better on this day - for about ten minutes, the DVD got stuck and refused to play! But all was sorted out with the help of a clean handkerchief and the audience's patience.

The winning speaker was Ms.Kitajima, with second and third prizes going to Ms. Matsumura and Ms. Maeda respectively. They received specially engraved plaques, which are theirs to keep. The other finalists were Ms. Nakamura , Mr. Noda, Mr. Ukaji and Ms.Ishizuka. These students all received ICUHS folders and rotating pencils as participation prizes, while those students who were in the Qualifying Round but did not make it to the Grand Final received ICUHS rotating pencils.

All 13 students will receive an official Speech Contest certificate later this term.

The organizer of the Speech Contest was Mr. Round. He would like to thank the three Grand Final judges, Mr. Nagano (Chief Judge), Mr. Matsumoto and Mr. Davis. Thanks also go to Mrs. Okada for presenting the prizes, Mr. Tsurumatsu for filming the event and assisting with ordering the plaques, Ms. Tamura for taking photos, Ms. Noda for designing the posters and Ms. Smith for assisting with the certificate.

The English Department aims to hold the Speech Contest again next year.